The United States led protests on Tuesday as Syria took over the rotating presidency of the Conference on Disarmament at a time when Damascus is widely accused of using chemical weapons.

The US ambassador to the UN in Geneva said it was “a travesty” that Syria would head the Conference on Disarmament, leaving briefly when the Syrian representative took the floor.

“Syria’s presence here is a travesty. This regime has committed countless crimes against its own people through the use of chemical weapons, and it is just unacceptable for them to be leading this body,” Robert Wood said just before the session began.

The CD chair rotates alphabetically every four weeks and Syria’s turn came round this week.

“The Damascus regime has neither the credibility nor moral authority to preside over the CD.

“A regime that has used CW (chemical weapons) against its own people has no place presiding over the CD’s work.”

Britain also protested against the move. 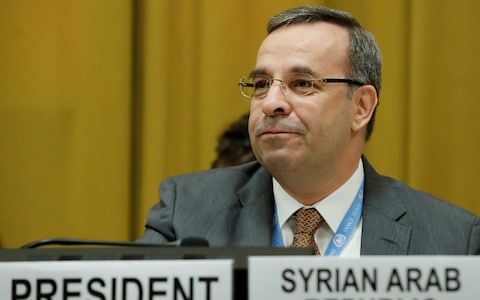 “The UK deplores the fact that Syria will assume the presidency of the Conference on Disarmament, given the regime’s consistent and flagrant disregard of international non-proliferation and disarmament norms and agreements,” British ambassador Matthew Rowland said in a statement.

But he pointed out that all CD members including Syria had to agree to change the rotating system.

After hundreds of people died in chemical attacks near Damascus in 2013, a deal with Russia was struck to rid Syria of chemical weapons, staving off US air strikes.

A suspected chlorine and sarin attack in the Syrian town of Douma on April 7 this year triggered punitive missile strikes against alleged chemical weapons sites in Syria by the US, Britain and France. 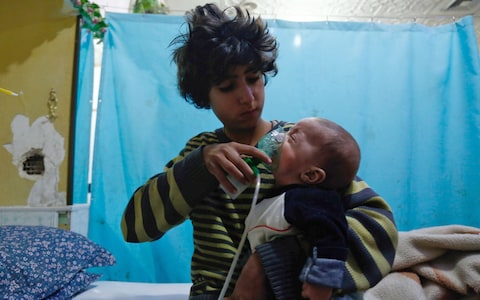 Other permanent missions to the Geneva-based CD support the US and Britain and would protest against Syria’s lack of “political legitimacy” and “moral authority” at the conference, a diplomatic source said.

Syria’s role would not be allowed to damage the proper working of the CD, the source added.

Some ambassadors were not expected to lead their delegations at the conference in a sign of protest.

UN secretary general Antonio Guterres, who put his own disarmament proposals to the CD last week, said he had “no power” over the rotation system.

He said he hoped Syria’s presidency would not have a “negative impact” on the important work of the conference.

The CD is a multilateral disarmament forum that meets in three sessions a year in Geneva. It negotiates arms control and disarmament accords and focuses on the cessation of the nuclear arms race.

OPCW Issues Fact-Finding Mission Reports on Chemical Weapons Use Allegations in Douma, Syria in 2018 and in Al-Hamadaniya and Karm Al-Tarrab in 2016

THE HAGUE, Netherlands —6 July 2018—The Fact-Finding Mission (FFM) of the Organisation for the Prohibition of Chemical Weapons (OPCW), issued an interim report on the FFM’s investigation to date regarding the...